In this 1st picture note this patient is in a neutral posture. Note how far externally rotated her right foot is compared to the left. Note that when you drop a plumbline down from the tibial tuberosity it does not pass-through or between the second and third metatarsals. Also note the incident left short leg 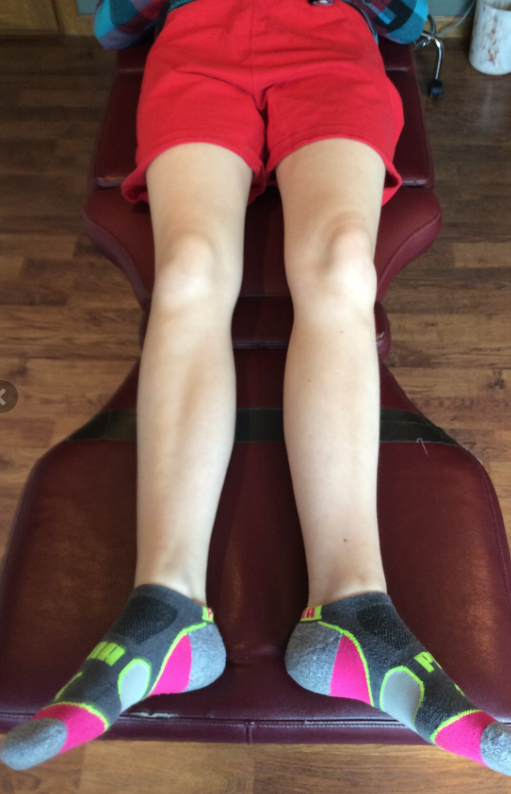 In this picture both of the patients legs are fully externally rotated. Note the large disparity from right to left. Because of the limited extra rotation of the right hip this patient most likely has femoral retro torsion. This means that the angle of her femoral head is at a greater than 12° angle. We would normally expect approximately 40° of external Rotation. 4 to 6° is requisite for normal gait and supination. 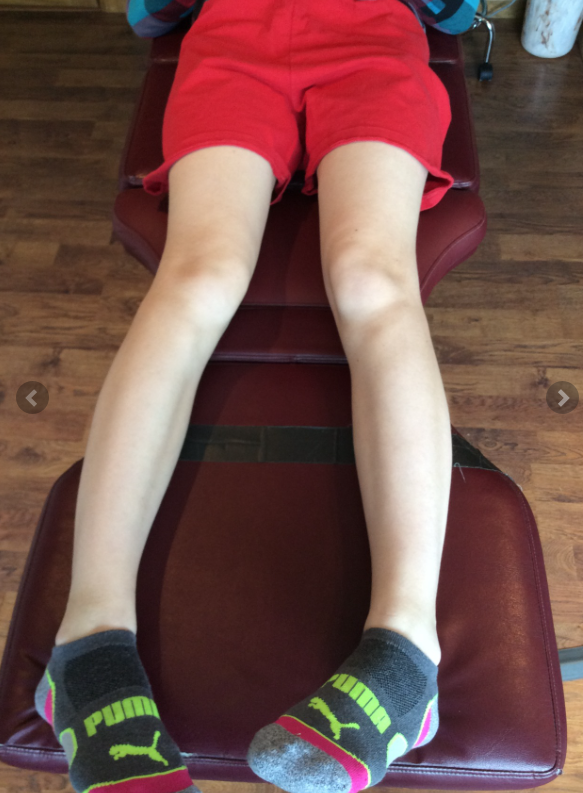 In this picture the patients knees are fully internally rotated you can see that she has an excessive amount of internal rotation on the right compare to left, confirming her femoral antetorsion. 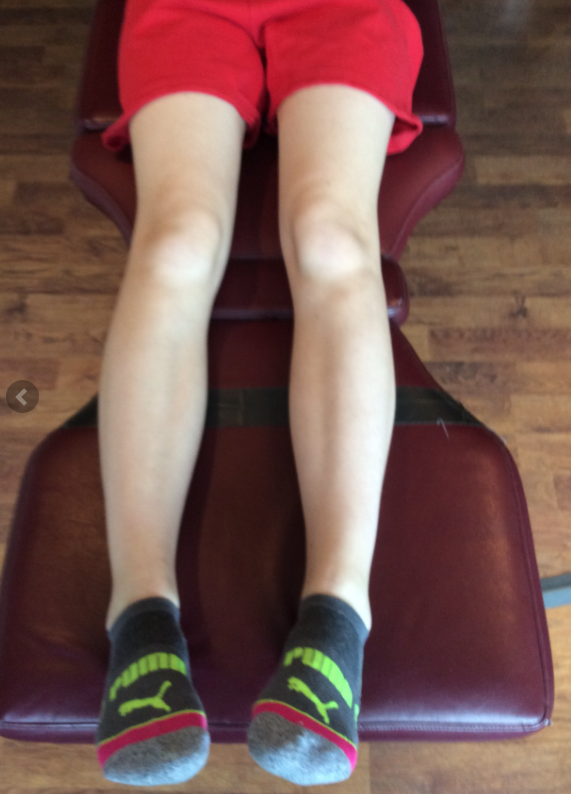 When this patient puts her feet straight (last picture), her knees point to the inside causing the patello femoral dysfunction right greater than left. No wonder she has right-sided knee pain!

Because of the degree of external tibial torsion (14 to 21° considered normal), activity modification is imperative. A foot leveling orthotic with a modified UCB, also inverting the orthotic is helpful to bring her foot somewhat more to the midline (the orthotic pushes the knee further outside the sagittal plane and the patient internally rotate the need to compensate, thus giving a better alignment).

a note on tibial torsion. As the fetus matures, The tibia then rotates externally, and most newborns have an average of 0- 4° of internal tibial torsion. At birth, there should be little to no torsion of the tibia; the proximal and distal portions of the bone have little angular difference (see above: top). Postnatally, the tibia should twist outward (externally) a total of 15 degrees until adult values are reached between ages 8 and 10 years of 23° of external tibial torsion (range, 0° to 40°). more cool stuff on torsions here