The Muscle They Named Wrong 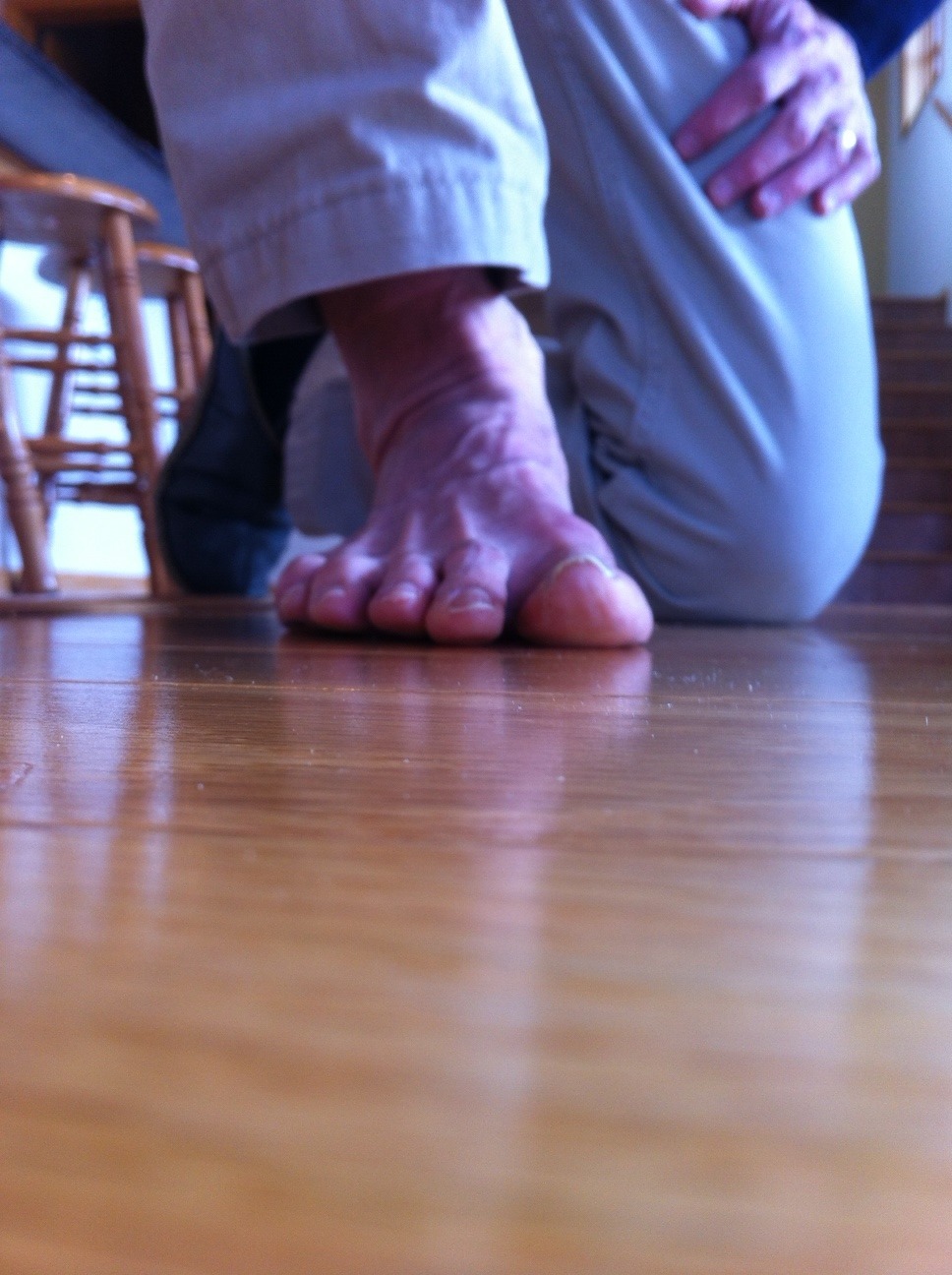 It's been a while since I have published here. This is something I wrote a while ago and since I see lots of foot patients, thought was applicable. The AHB is easily needled, and you should probably include the flexor hallucinations braves as well as the adductor hallucinations.
Why would you name a muscle after its supposed function when its function is actually something totally different? Probably due to what made sense from how it looked, not by how it acted. Of course, we are talking about the abductor hallucis.
Think about all the anatomy you have learned over the years. Think about all the taxonomy and how it was done: sometimes by thename of the discoverer and more often by its anatomical location. The abductor hallucis seems to be the latter.
The abductor and adductor hallicus function from approximately midstance to pre swing (1-4) (toe off), applying equal and opposite rotational vectors of force (in an ideal world) of the proximal phalynx of the hallux. This should resolve into a purely compressive force (5). In a closed chain environment, the transverse head of the adductor hallicus should act to prevent “splay” of metatarsals, along with the lumbricals and interossei (6), providing stabilzation of the forefoot (7) and rearfoot (8) during preswing, while the oblique head serves to help maintain the medial longitudinal arch.
The abductor hallicus is actually a misnomer, as it most cases it is not an abductor but rather a plantar flexor of the 1st ray, particularly the proximal hallux, (assisting the peroneus longus) and supinator about the oblique midtarsal joint axis (5).  In the majority of cases, there doesn’t appear to be a separate, distinct insertion of the adductor hallicus to the base of the proximal phalynx, but rather a conjoint insertion with the lateral head of the flexor hallicus bevis into the lateral sesamoid and base of the proximal phalynx (9-11), emphasizing more of its plantar flexion function and stabilizing actions, rather than abduction.
In one EMG study of 20 people with valgus (12) they looked at activity of adductor and abductor hallucis, as well as flexor hallucis brevis and extensor hallucis longus. They found that the abductor hallucis had less activity than the adductor. No surprise here; think about reciprocal inhibition and increased activity of the adductor when the 1st ray cannot be anchoroed. They also found EMG amplitude greater in the abductor hallucis by nearly two fold in flexion.
So, the abductor hallucis seems to be important in abduction but more important in flexion. Either way, it is a stance phase stabilizer that we are beginning to know a lot more about. As for the name? You decide...
Dr Ivo Waerlop, one of The Gait Guys
1. Basmajian JV, Deluca CJ . Muscle Alive. Their Functions Revealed by Electromyography Williams and Wilkins. Baltimore, MD 1985, 377
2. Root MC, Orien WP, Weed JH. Normal and Abnormal Function of the Foot. Clinical Biomechanics, Los Angeles, CA 1977
3. Mann RA. Biomechanics of Running. In Pack RP. d. Symposium on the foot and leg in running sports. Mosby. St Louis, MO 1982:26
4. Lyons K, Perry J, Gronley JK. Timing and relative intensity of the hip extensor and abductor muscle action during level and stair ambulation. Phys Ther 1983: 63: 1597-1605
5. Michaud T. Foot Orthoses and Other Forms of Conservative Foot Care. Newton MA 1993: 50-55
6. Fiolkowski P, Brunt D, Bishop et al. Intrinsic pedal musculature support of the medial longitudinal arch: an electromyography study. J Foot & Ankle Surg 42(6) 327-333, 2003
7. Travell JG, Simons DG. Myofascial Pain and Dysfunction: The Trigger Point Manual. Williams and Wilkins, Baltimore 1992; 529
8. Kalin PJ, Hirsch BE. The origin and function of the interosseous muscles of the foot. J Anat 152, 83-91; 1987
9. Owens S, Thordarson DB. The adductor hallucis revisited. Foot Ankle Int. 2001 Mar;22(3):186-91. Am J Phys Med Rehabil. 2003 May;82(5):345-9.
10. Brenner E.Insertion of the abductor hallucis muscle in feet with and without hallux valgus. Anat Rec. 1999 Mar;254(3):429-34.
11. Appel M, Gradinger R. [Morphology of the adductor hallux muscle and its significance for the surgical treatment of hallux valgus][Article in German] Orthop Ihre Grenzgeb. 1989 May-Jun;127(3):326-30.
12. Arinci I, Geng H, Erdem HR, Yorgancioglu ZR Muscle imbalance in hallux valgus: an electromyographic study. Am J Phys Med Rehabil. 2003 May;82(5):345-9.
#halluxvalgus #halluxabductovalgus #bunion #footmuscleactivity #gait #thegaitguys